My configuration for running Elixir project tests with a keystroke.

I’m halfway through my self-imposed year-or-doing-things-differently. I’ve switched from Mac to Linux, and Emacs to VS Code. Of the two, I know I’m unlikely to switch back to Emacs (which surprises me).

One of the reasons is the Jake Becker’s vscode-elixir-ls and ElixirLS packages. Things such as automated running of Dialyzer turn out to be incredibly useful: I’m coding away and a wavy green line turns up signalling I swapped two values in a tuple.

One thing I’d like is to be able to run tests easily. I don’t want to do it on every save: I regularly break things while refactoring, but I want to make it easy from the keyboard so the muscle memory can kick in.

I’m documenting it here mostly as a noe to my future self.

Now, I can just hit Alt+T and the tests run: 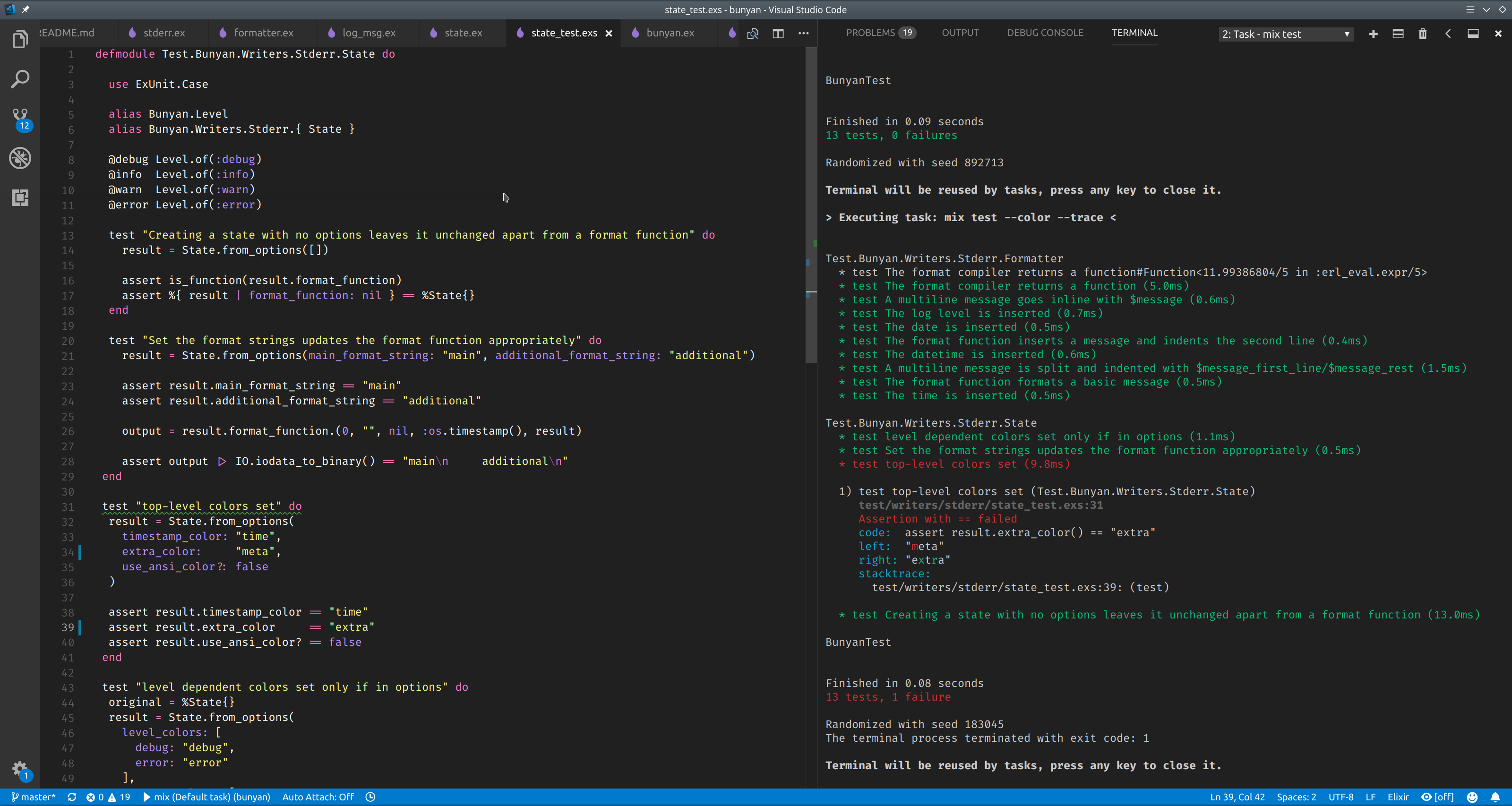